The McKissick Museum lives at the heart of the University of South Carolina's campus. Join Jane Przybysz as she talks with Nate about the mission of the museum, future exhibits, and much more in this episode of the Koger Center Arts Roundup. Links about the collections and exhibits available for home enjoyment: mckissick.pastperfectonline.com and https://sc.edu/study/colleges_schools/artsandsciences/mckissick_museum/exhibits/index.php

Driving around Columbia, you may have noticed all of the public art, but did you know that One Columbia has an online database of all of the public art installations? Lee Snelgrove, the executive director of Arts & Culture for One Columbia, talks through how murals and sculptures come to life throughout the city. He also explains how you can use the online database to curate your own walking tour of the art! Check out everything One Columbia has to offer at https://publicart.onecolumbiasc.com/.

Episode 34: Joelle Ryan-Cook and the Columbia Museum of Art

The Columbia Museum of Art has an online collection of resources called Museum at Home. It is filled with educational videos, home projects, and so much more. Joelle Ryan-Cook talked with Nate about how the CMA is planning to reopen soon and what things might change with your museum experiences. Enjoy the Museum from Home here: https://www.columbiamuseum.org/visit/museum-home

Did you know that the University of South Carolina has one of the largest collections of film in the world? Lydia Pappas, director at Moving Image Research Collections, joins Nate to discuss how UofSC came to lead the preservation of films of all genres. The University of South Carolina's Moving Image Research Collections (MIRC) preserves films and videos produced outside the American feature film industry to make them available to present and future audiences. You can watch some of their preserved film available on YouTube.

Kayla Olive, an artist and dancer, talks with Nate about switching her exhibit from an in-person gallery experience to a virtual gallery experience. Kayla's exhibit "Capering" can be enjoyed virtually through the UofSC School of Visual Art & Design at svadprojects.com/mcmaster-gallery.

Aldric Morton meets (virtually) with Nate to talk about the switch from in-person gallery curation to virtual gallery exhibitions. Aldric Morton's exhibit "Empathetic Translation" can be enjoyed virtually through the UofSC School of Visual Art & Design at svadprojects.com/mcmaster-gallery.

Nisan Ak joins the Arts Roundup to provide a listening guide for Stravinsky's "The Soldier's Tale." Learn about the story, the music, and the history behind the piece originally performed in 1918.

Episode 29: Behind the Scenes — Get To Know the Koger Center Staff, Part 2

Get to know the people who put it all together! This episode will continue to interview the Koger Center Staff and see what they do in their different positions.

Episode 28: Behind the Scenes — Get To Know the Koger Center Staff

Get to know the people who put it all together! This episode will center around the Koger Center Staff and what they do in their different positions.

In partnership with the Full Circle Theatre, the Arts Roundup is asking artists to participate in reading Shakespeare Sonnets during this trying time that the arts community is feeling throughout the world. This is the second part of the sonnet series. We will continue to persist and create in anticipation of the curtain rising once again. More information can be found online at KogerCenterForTheArts.com

In partnership with the Full Circle Theatre, the Arts Roundup is asking artists to participate in reading Shakespeare Sonnets during this trying time that the arts community is feeling throughout the world. We will continue to persist and create in anticipation of the curtain rising once again.

Robert Richmond, professor at UofSC and creator of Shakespeares’ Playhouse discusses what the Playhouse means for the University and what he plans to do to bring beloved Shakespearian works into a modern scope.

Producer's Note: This episode was recorded in October of 2019.

Cormac Cannon is the director of bands at the University of South Carolina and joins the Arts Roundup to talk about the plethora of band performance opportunities and concerts that are on campus. He also gives insight on the creative programming for the university bands and how they continuously strive to reach new genres of music and support young composers.

Philip Mullen came to South Carolina in 1969 and is one of the most renowned artists in the state. From the Whitney Museum to the San Francisco Museum of Art, Mullen’s pieces have showcased his abilities all across America and the Arts Roundup was happy to have him in studio to discuss his newest works.

Episode 22: Simms Oliphant with the Columbia Museum of Art Contemporaries

Simms Oliphant joins the Arts Roundup in the studio to talk about the Columbia Museum of Art and what the Contemporaries board does for the Museum and the greater Columbia community.

The Banff Mountain Film Festival began in Alberta, Canada over 40 years ago and came to Columbia, SC 13 years ago. Half-Moon Outfitters brings the world traveling festival to the midlands community and Michael Eleazer talks with the KCAR about the history of the festival and the relationship between the Banff and Half-Moon.

Ellen Schlaefer, Director of Opera at UofSC, shares her personal experience with opera management and how she became to love the art form. In this episode, she explains the process of choosing the shows that are performed and talks about the unique opportunities that come with directing operas within the University of South Carolina.

Karen Alexander-Banks (aka Auntie Karen) joins the Arts Roundup days before the 2020 “Legends Of…” Concert featuring R&B legends Stephanie Mills and Peabo Bryson. The Auntie Karen Foundation fosters opportunities for students to grow in their love for the arts while empowering them to build entrepreneurial skill sets.

Steve Quinn has been with "Wicked the Musical" for over a decade as their company manager. He took time to sit down with Nate to talk about what it takes to upkeep a Tony Award-winning show! He talks the technical and personal duties of being a company manager and the steps that he took to becoming a part of the Wicked touring team.

Episode 17: David Scott Purdy and Andy Richardson from the cast of "Wicked"

David Scott Purdy and Andy Richardson perform with the national tour of “Wicked” the hit Broadway musical. They join the Koger Center Arts Roundup to talk about what it takes to preserve a show that’s been performing for almost 15 years and the path that brought them to be a part of such a tremendous cast.

Karen Magradey joins Nate in the studio this episode to talk about her life on Broadway. Karen Magradey was a dancer on Broadway for 15 years and tells us of her lifestyle and various performances while dancing in New York.

Have you ever wondered how a Broadway show is booked to perform in Columbia? Daniel Hampel joins the Arts Roundup to explain the lifecycle of a Broadway show as it begins in NYC and eventually becomes a traveling performance throughout the United States. Broadway in Columbia and the Roberts Group are integral parties that help bring Broadway’s most popular shows to Columbia, S.C.

With a rich history in music, Peter Barton joins to talk about the timeline of opera and the important role that opera holds in the current musical age. Dr. Barton is the artistic director of the Palmetto Opera and gives us a glimpse into the intense musical genre.

Nate interviews Vicki Davis on the vision and production of the Capital City Lake Murray Country website and tourism marketing!

On his Christmas Celebration Tour, Jim Brickman interviewed with the KCAR while on the road in Lincoln, Nebraska. This episode features an inside look into Brickman’s history as an award-winning performer and the busy life of touring with a holiday performance.

The Nutcracker is a holiday favorite that is performed in thousands of theaters across the world. We spoke with William Starrett, artistic director of the Columbia City Ballet, about how he reinvigorates the ballet classic from year to year and the scale of the production itself.

Morihiko joins the Arts Roundup in the studio to discuss his path to becoming a conductor and the scheduling it takes to be involved in multiple orchestras throughout the United States.

Local band Tripping on Bricks joins the Koger Center Arts Roundup in the studio to talk about their most recent album, Colorblind, and what it’s like to produce and promote an album in the Columbia music scene!

Join Nate as he talks with award-winning artist Omar Thomas about his inspirations and compositions in this week’s episode of the Arts Roundup. Thomas has a long history of composing going back to his middle school days and grabs inspiration through every moment in his life.

Nate Terracio is joined by Paul Graham, a UofSC Professor with an extensive resume of managing both entertainment and sports professionals. Paul talks about his time spent being the Hootie and the Blowfish Tour Manager, running his own talent management company, and what it takes to manage professional golfers!

Mark Rapp joins the Arts Roundup to talk about ColaJazz and the partnership they created with the Koger Center and UofSC School of Music to bring world-class jazz to an intimate audience. Nate and Mark will explain how the jazz series came to life and what they hope to see from their upcoming collaborative shows!

Nate is joined by UofSC’s Director of Bands to discuss the upcoming Symphony Orchestra concert tonight, Oct. 29, at 7:30 p.m. Dr. Weiss has been an esteemed conductor at the University and shares his experiences and how the orchestras season is decided and planned.

This week, Nate is joined by two new members of the Dance faculty at the University of South Carolina. Jennifer Deckert and Andre Megerdichian talk about their history with dance, upcoming shows, and the interdisciplinary relationships that are built on campus with the theatre and dance departments.

On this week’s episode of the Koger Center Arts Roundup, Nate interviews Jaime Misenheimer and Lauren Chapman about their new art exhibit titled “Borders.” They discuss Jaime’s process of painting and creating paintings as well as the art of curating a gallery!

On this special bonus episode of the Koger Center Arts Roundup, Nate meets with Anne Fowler to talk about the history and future of the Columbia Classical Ballet! They have an upcoming performance of Coppelia on Oct. 18, 2019.

On the pilot episode of the Koger Center Arts Roundup, Nate is joined by Nisan Ak, Turkish conductor and Music Director of the Bruch Chamber Orchestra. Nisan provides a listening guide for the upcoming performances of Mendelssohn’s Violin Concerto and Wagner’s Siegfried Idyll and discusses how the BCO came to fruition! 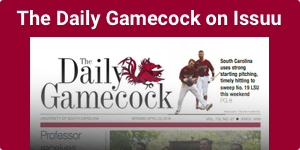 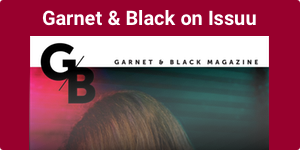