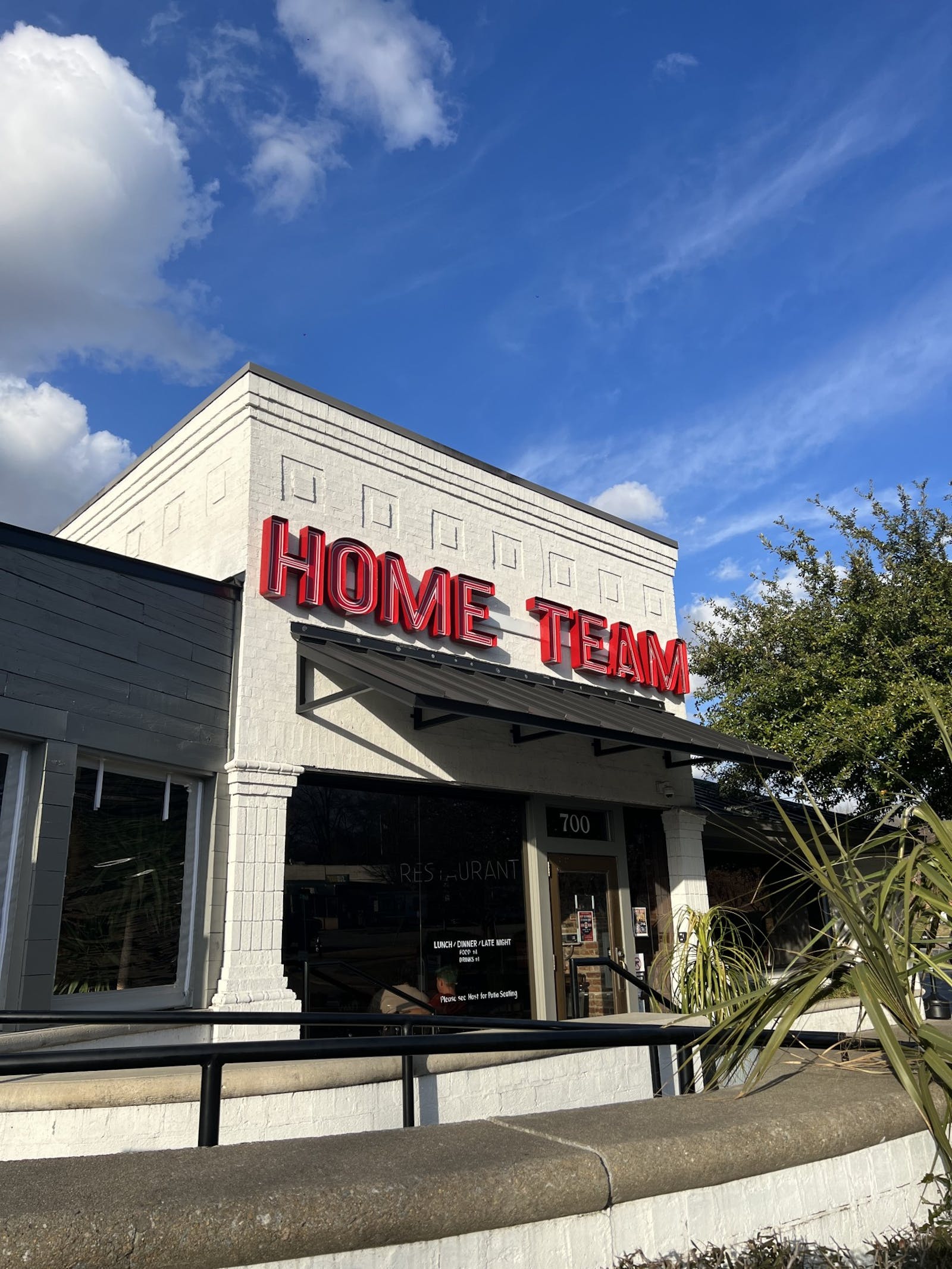 If you are looking for the best place to socialize, watch a sports game or eat the best BBQ and ribs in all of Columbia, Home Team BBQ is the place to be!

I had the privilege of talking with one of their chefs to get the inside scoop on what makes Home Team BBQ stand out above the rest. Ervin Abbott, Home Team BBQ chef is a 2016 UofSC alum from the school of Hospitality, Retail and Sport Management. Since graduating, he has worked at Midwood Smokehouse and joined Home Team BBQ in 2020. He is also a featured chef at the Masters this year.

Home Team BBQ started in 2006 when Aaron Siegel with the support of his family and friends turned Bunch’s mid-1900’s gas station into a barbecue restaurant in Charleston, SC. Siegel’s goal was to pair traditional southern comfort food with hospitality and a fun environment. With the heart of the community and staff in mind, Siegal was able to grow Home Team BBQ immensely since 2006 and now has locations in Columbia, SC, Greenville, SC, Sullivans Island, SC, West Ashley, SC and Aspen, CO.

Abbott said what makes Home Team BBQ Columbia stand out among others is their supportive staff and the love everyone has not only for each other, but also for the restaurant and the food they make.

Abbott’s favorite item to order for himself: the smokey, crispy fried ribs covered in Alabama white sauce. Not a big ribs fan? No worries. Home Team offers a variety of other foods such as carnitas tacos, brunswick stew, fried mac and cheese and nachos. To wash it all down, I would recommend a Game Changer because — if you can’t tell from the name — this drink truly changes games.

The next time you are in the mood for good southern BBQ, check out Best of Carolina Best BBQ/Ribs winner, Home team BBQ.