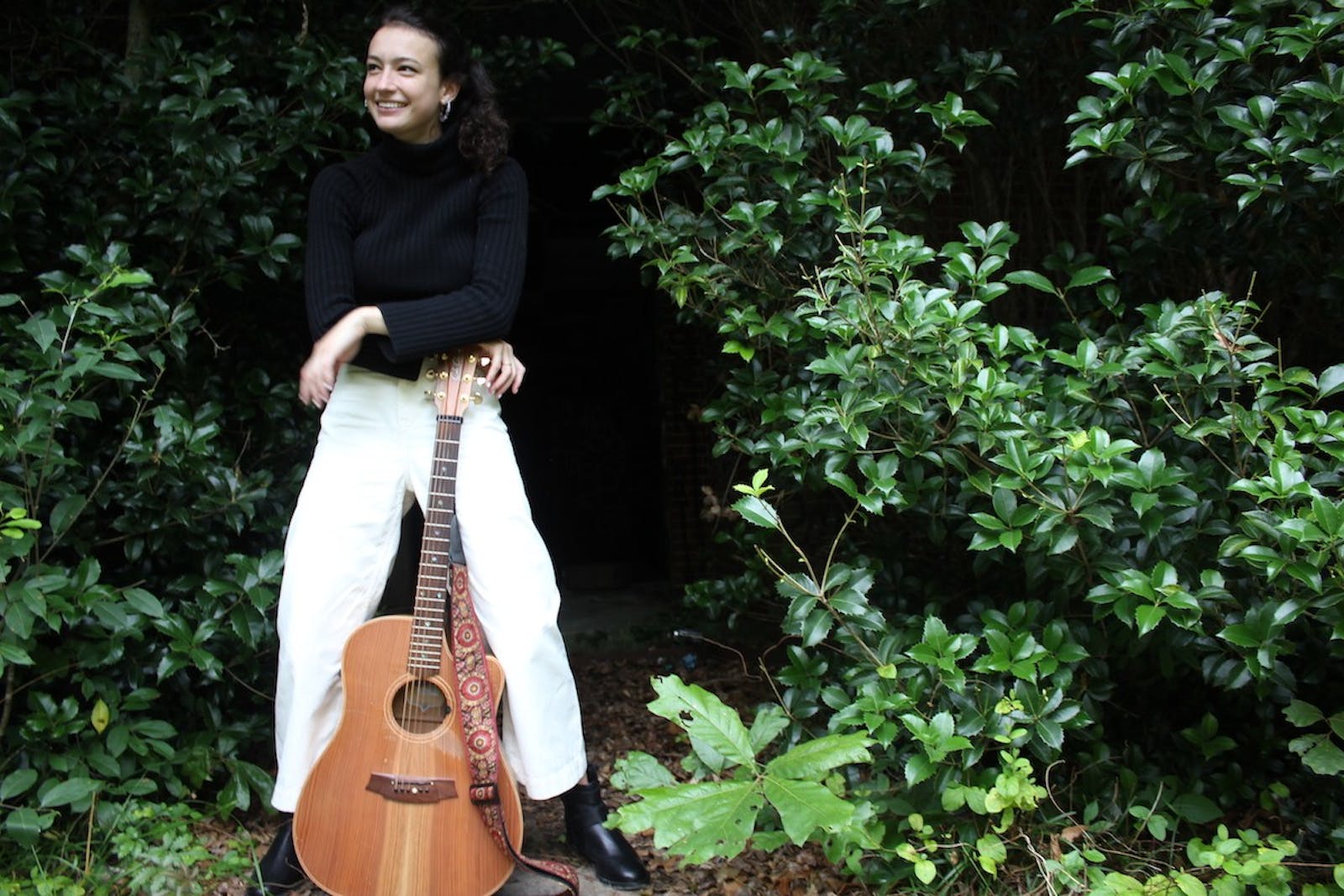 Photo by Provided by Mia Green

Mia Green, a third-year student at the University of South Carolina, has been singing since she was little — simply singing along with friends for hours to a Wii game. This simple fun turned into a passion for Green, and she is now a well-known performer across Columbia and UofSC.

Green says performing is a way for her to express herself, but songwriting takes that self expression to the next level.

“I think songwriting and performing is a way to share deeper connections and relate to people,” said Green. “I feel most comfortable when I share my songs and have the audience respond.”

Since coming to UofSC, Green has taken to performing across Columbia. Her favorite place to perform thus far is White Mule in Five Points, which she played when they had just recently opened in 2019.

Her performances across Columbia have made their mark on the community, too. Green received many votes from the Columbia community, earning her second place for Best Local Musician, right behind Hootie and the Blowfish.

“I was really shocked when I got the email that I made the Best of Carolina 2021 list — even more shocked when I came in second place right behind Hootie & the Blowfish,” said Green. “Being a part of Best of Carolina is a huge honor because the selections were determined by the UofSC community. I have a lot of respect and love for UofSC, so it was really exciting to be voted on by my peers.”

In the future, Green would love to continue performing and songwriting. She is currently majoring in public relations with a minor in music industry studies, but says that COVID-19 and its impact on the music industry has made her more inclined to incorporate music into her career. However, she says, as long as she is still writing songs, she will be happy.