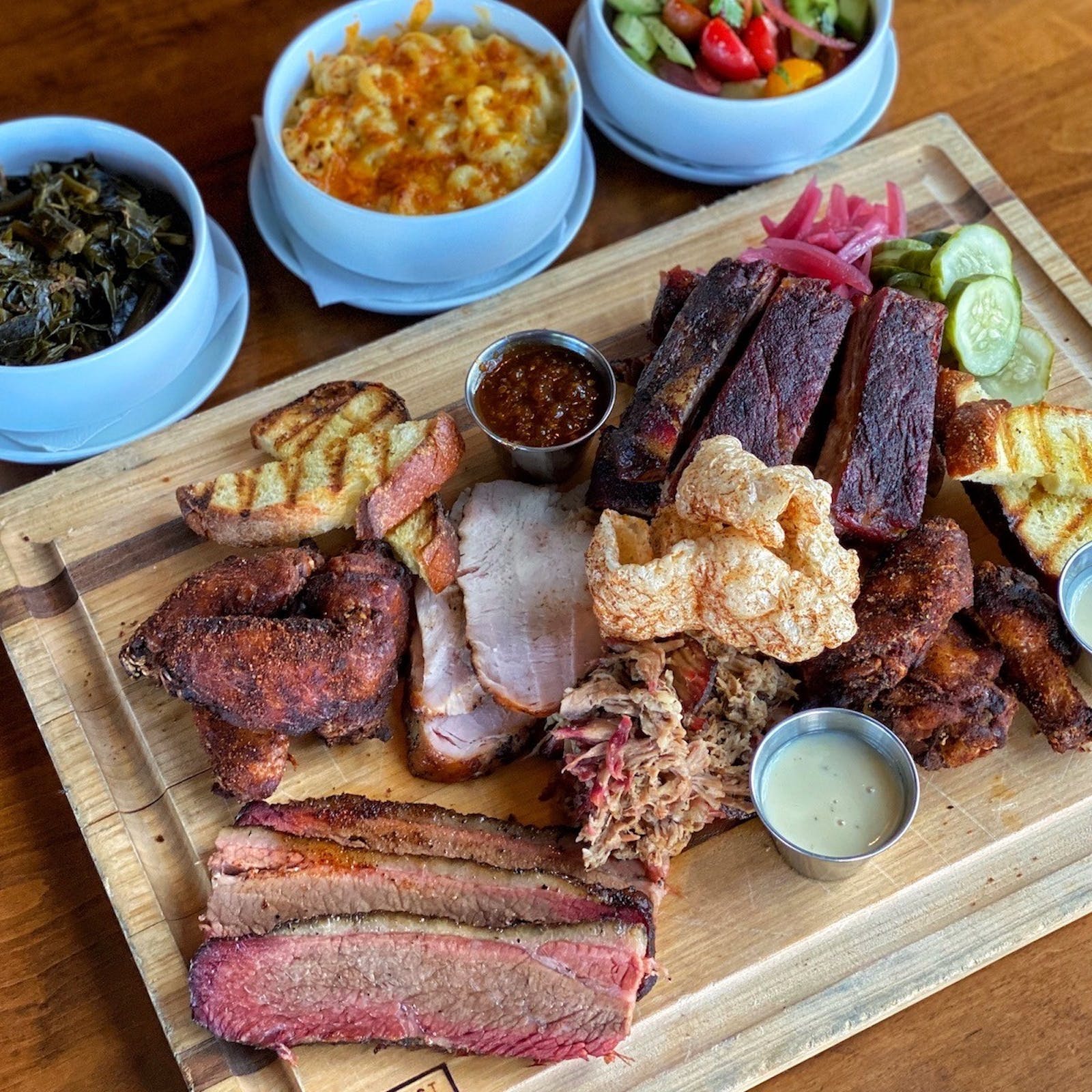 Home Team BBQ has been chosen by Best of Carolina voters as having the best barbecue and ribs in the Columbia area.

Located in the middle of Five Points at the corner of Devine and Harden streets, Home Team BBQ is walking distance or just a short drive from the University of South Carolina campus. It was originally founded in the Charleston area in 2006 by owner Aaron Siegel. In the 15 years since its establishment, it has expanded to four more locations, with the Columbia location being the most recent and opening in Spring 2019.

Some popular menu items include the pulled chicken or pork sandwiches and the delicious mac and cheese, which I’m definitely a big fan of. If you’re going out to eat with a big group of friends or bringing your family for Family Weekend, try out “The Board,” which includes your choice of meat, three large sides, and tasty bread! It’s served family-style and can feed four to six people, so it’s sure to be tasty and fun! Can’t decide what to get yourself? You can even order a combo plate of your choice of two or three different meats.

The menu also includes a very extensive beer, cocktail and wine list. Paired with Home Team’s rustic interior and big screen TVs, it is the perfect location to watch weekend football games or grab drinks with friends. Live entertainment and trivia are occasionally offered some nights and are definitely a fun time. Home Team also offers an extensive catering menu featuring items such as tacos, nachos, barbecue pork, chicken, and brisket, which are guaranteed to be a hit at your tailgates or house parties. Plus, their loyalty program, “Pig Points,” allows you to earn points with every purchase, and accumulating enough points will earn you money off your next meal!

Don’t feel like going out and sitting in a restaurant? You can order Home Team for pick-up online or delivery through Postmates. They also offer five signature barbecue sauces that you can purchase by the pint or quart to take home, just in case you can’t get enough of Home Team and need something to spice up your own cooking.

As a chain, Home Team has won numerous awards over the years, including being named as having the “Most Life-Changing Ribs in America” by Esquire Magazine back in 2012. Adding to their national recognition, the original Home Team BBQ in Charleston was actually featured on the Food Network show, “Heat Seekers,” back in 2011. Since it has won so many awards and been featured on multiple national TV outlets, there’s really no doubt it’s good. If you’re interested in good vibes and great barbeque, Home Team is definitely the place to go!