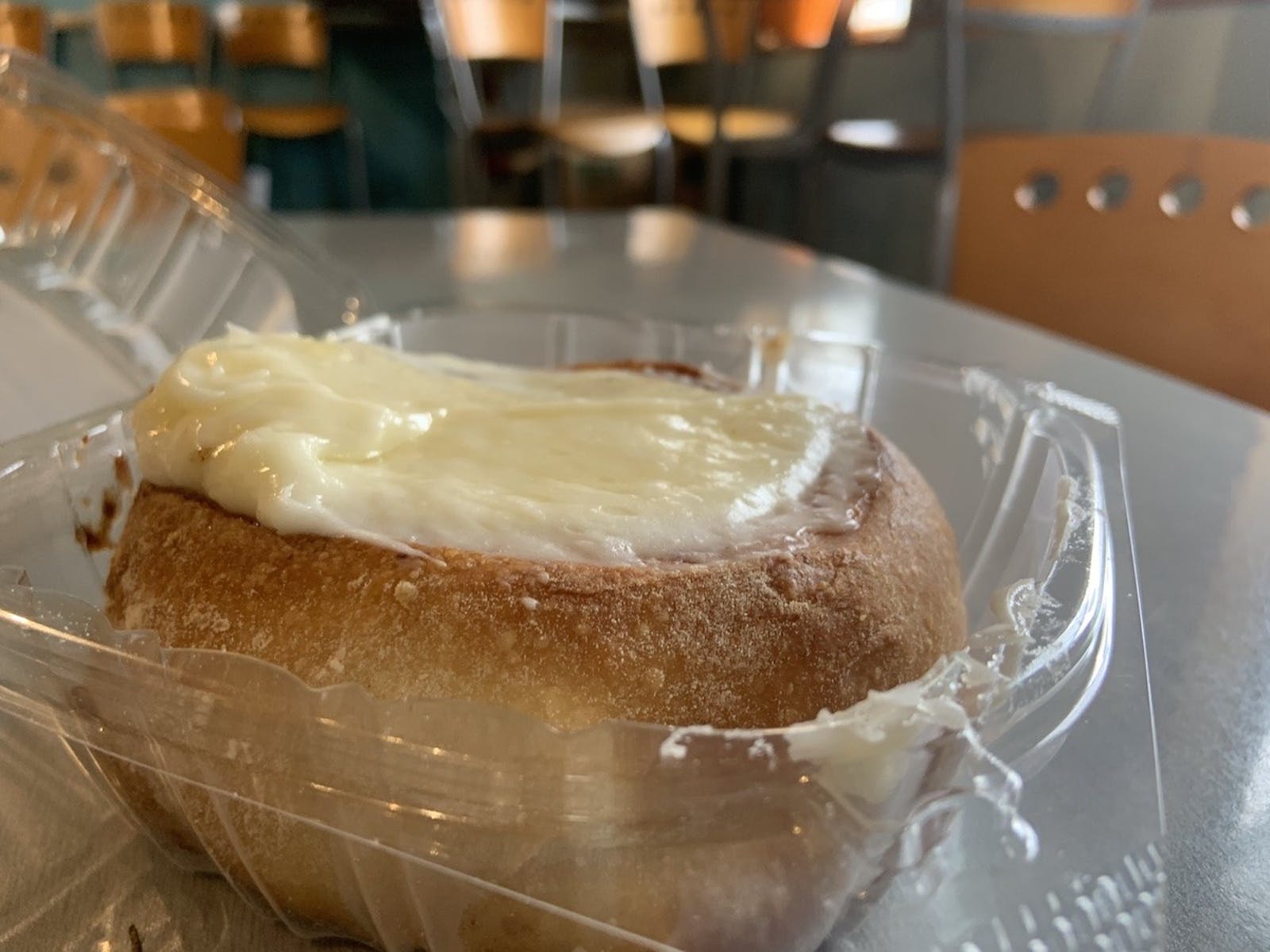 1.7 miles, 6-minute drive from the Horseshoe

The Devine Cinnamon Roll Deli may be one of the best gems in Columbia. What looks to be a little house on Devine Street is actually home to some of the best cinnamon rolls in South Carolina!

This deli is like no other. Although the restaurant may be small in size, their breakfast menu is filled with goodies like grit bowls, bagels, specialty breakfast sandwiches and, of course, cinnamon rolls. The lunch menu includes NYC Pushcart dogs, grilled paninis, homemade soup, a variety of turkey sandwiches, Carolina slow-cooked chili and specialty sandwiches.

The best part of the menu, and the main reason the line goes out the door on Sunday mornings, are for their unique and creative flavors of cinnamon rolls. Cinnamon roll flavors include strawberry cheesecake, wildberry graham cracker, banana foster, apple cobbler, bacon maple, coconut cream and original cinnamon.

No matter what you order, a mini cinnamon roll comes with every dish! So, when you go and you are stuck deciding between a yummy breakfast sandwich or a sweet cinnamon roll, you can get the best of both worlds.

Since opening in 2016, The Devine Cinnamon Roll Deli has been voted Best New Restaurant, Best Bakery in South Carolina, and People’s Magazine Best Breakfast in South Carolina. One of their most exciting achievements was being featured on Food Network for their Cinnamonster, a 12-pound cinnamon roll.

You have to head to The Devine Cinnamon Roll Deli and see for yourself why it was voted best breakfast and brunch in Columbia!