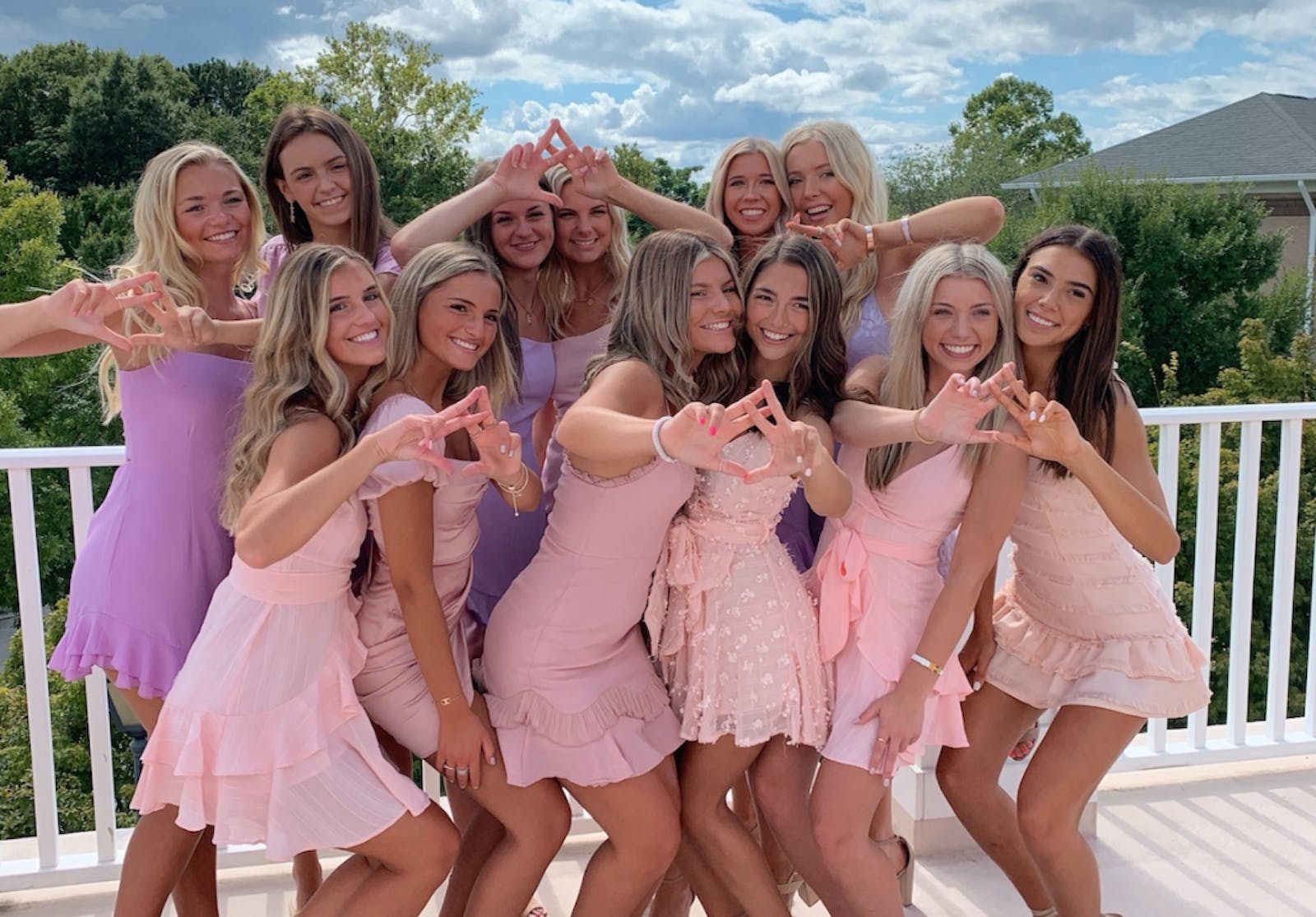 Greek Life is a huge aspect of college in the South and here at the University of South Carolina. Joining a sorority allows students to form new friendships, expand their networking and leadership skills, and provides them with opportunities to give back to the community.

Alpha Chi Omega was founded in 1885 at DePauw University. A century later, in 1988, Alpha Chi Omega’s Theta Upsilon Chapter was founded here at UofSC. This sorority encourages members to “Seek the Heights” while emphasizing the importance of being “Real. Strong. Women.”

Every organization in the Panhellenic community has a specific philanthropy that they spend time raising money and holding events in support of. Alpha Chi Omega’s philanthropy is Domestic Violence Awareness. Every year, Alpha Chi hosts two major fundraising events to support Sistercare, a women’s community center in Columbia that helps women and children who have been affected by domestic violence.

The aspect that stands out the most about Alpha Chi Omega is their sisterhood. “I love the sisterhood that AXO has brought me and the numerous bonds I have created and how everyone has made me feel like a real, strong woman,” said Nicole Pallay, a third-year criminology and criminal justice student and AXO member at UofSC. “From the beginning of the recruitment process, I felt a connection when I walked through the doors and saw all of the warm smiles. Everyone was so welcoming and genuine toward me that I felt like I could be my true self there.”

Alpha Chi Omega has made its mark here on campus for their outstanding achievements and involvement throughout the community, but the most important mark are the ones left on each sister uniting together for the rest of their lives.